My apologies for the slow pace at which I’m working at the moment and I haven’t paid enough visits to your blogs, there’s so much to catch up on! I’ve finally taken some snaps of my contribution to the Big Knit this year though… a grand total of FIVE mini hats. 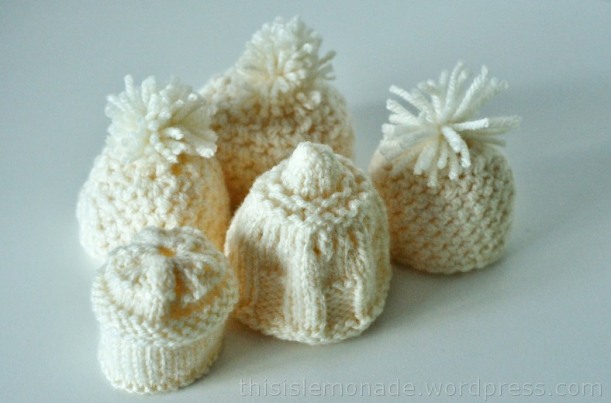 Not even a drop in the ocean when compared to some seriously dedicated stars who have achieved knitting fame this year in support of Age UK. But I did have some fun playing with my own designs… I practised crochet in the same design thrice.. then decided to get the knitting needles back out. 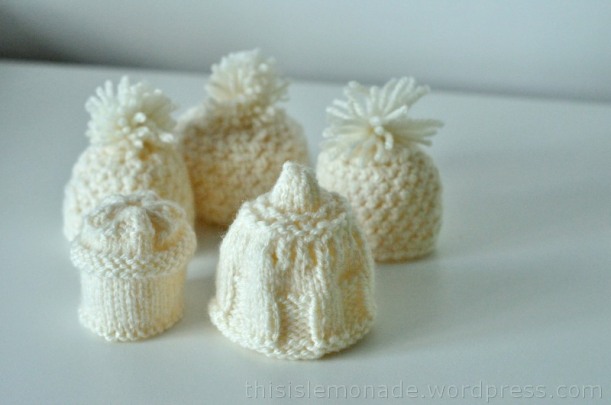 I must say I was rather chuffed with my fifth experiment, which officially became the accidental jelly mould hat. I don’t know whether anyone would find my rather bland hats interesting enough if they make their way to the shops, sitting atop some little smoothie bottles. Everyone seems to love multicoloured hats, and I’ve gone and just done off-white, how boring 😛 Well, they’re off anyway, hope they get there in time – cheers Royal Mail!

Wow is it already Friday? I’ve knitted five little hats for the Innocent Big Knit (nothing compared to those marathon knitters out there!) It’s been great fun – I practised my crochet skills and even winged it with two of them and made up my own little knitted designs!

Hopefully I’ll get the chance to take photos of them before sending them off. Just wanted to wish you all a restful weekend! Take care everyone…

Well… I’m taking the first step to getting involved this year. Look! First Innocent Big Knit crochet bobble hat complete! It’s a great way to do some crochet, because I’ve been stuck on knitting for ages now… 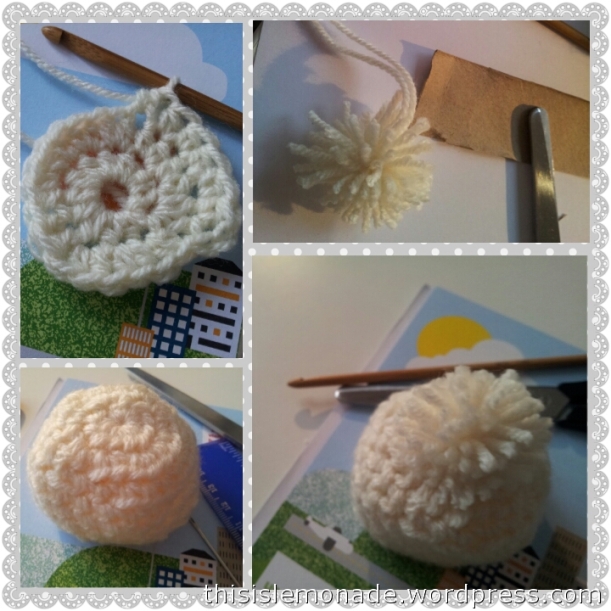 And, I’ve become addicted to knitting small things… this is the smallest yet though – it won’t fit a baby’s head for sure! A nice quick knit – getting into Wool Week – anyone else having a bit of fun with wool this week?